Child vaccination should be a parent’s choice 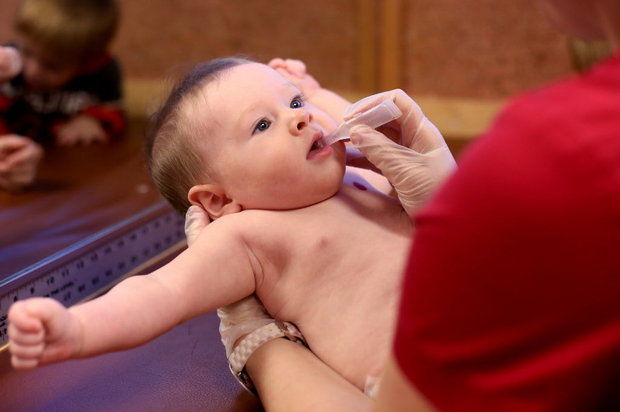 I have listened to the debate going on in this country about vaccines. I have kept my opinion to myself. Now I am done being silent. I am not religious; therefore, the choices I make for my children are based on them living long, healthy lives. I am educated and believe in science. I am not an anti-vaxxer (flat out no vaccinations). However, I have four children ages 17, 16, eight and six. None of my children received the flu shot or the chicken pox vaccine.

My two oldest children received their vaccines, which totaled 16 by the time they entered kindergarten. My two younger children both have autoimmune/ inflammatory diseases; coeliac disease and type 1 diabetes, with no family history. When they were diagnosed I stopped their vaccine schedule. They had already had more vaccines than their brothers. Had I continued they would have had roughly 45 immunizations each.

Now children can expect to have 24 vaccinations by age two and as many as five shots in a single visit. After much research I was unable to verify that vaccines do not cause inflammation, a problem because inflammation contributes to autoimmune disease. We eat and live healthy; we are aware of our environment. We make conscious choices for our health. We avoid antibiotics unless absolutely necessary (e.g. staph or strep). We do not take painkillers or narcotics. We use preventative medicine, including diet, supplements, body work and naturopathy.

We have a primary care physician. I believe doctors and treatments serve a purpose. As much as I believe in modern medicines capabilities, I also believe western medicine is very profit based, at times invasive, and there is some evidence to suggest too much of a good thing (e.g. antibiotic resistant bacteria). I also believe that some Americans have become complacent in their participation in their overall health, relying on a pill to “fix” things instead of preventative healthy living.

Now I am not saying that I know for a fact that I am right. I am saying that no one can say that vaccines are 100 percent safe, not even scientists, because science is progressive. To study what the vaccines are doing to this generation, we need to analyze the differences between generations as well as other environmental factors.

I made an educated choice as to what I thought was best for my family. Now Senate Bill 442 may make my children ineligible to attend public school because the government may take away our right to say no to these vaccines. This bothers me for multiple reasons. We are slowly losing our freedoms as citizens, women and parents.

I am not a conspiracy theorist, but when do we realize that America isn’t as free as we would like to believe? When do we demand the democracy we have been promised.