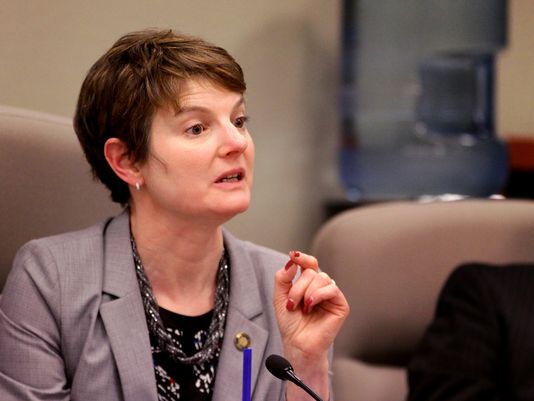 Senate Bill 442, which has had one public hearing and attracted national attention, would have eliminated religious and philosophical exemptions from school shots. Only medical exemptions would have been allowed.

Oregon’s nonmedical exemption rate for kindergartners is the nation’s highest, at 7 percent. It’s a number that has been steadily rising since 2000.

“After much careful consideration, Sen. Steiner Hayward has decided to no longer pursue this legislation,” the Beaverton Democrat’s chief of staff, Paige Spence, wrote in an email. “She is disappointed that the conversations have largely revolved around who is right or wrong about science and the benefits vs. risk of vaccines, rather than about the health and well-being of Oregon’s children.”

While the bill had strong support from public health and medical leaders, including Oregon Health & Science University, Oregon Medical Association and Providence Health & Services, a vocal group of parents who either delay or avoid vaccines for their children has been active in opposing the bill.

While many are concerned about vaccine safety, some opposed the bill on grounds of medical freedom and parental autonomy.

At one point, discredited researcher Andrew Wakefield, whose recanted study first raised the hypothesis that the measles, mumps, rubella vaccine might be associated with autism, planned on testifying before the Senate health care committee. Robert F. Kennedy Jr., who wrote a book about a mercury-containing preservative in some vaccines and suggests that it is associated with autism, visited Salem last week to lobby Oregon lawmakers.

Both Wakefield’s and Kennedy’s claims are not supported by science, according to the U.S. Centers for Disease Control and Prevention.

The “No on Senate Bill 442” campaign also rallied Monday at the Capitol steps, attracting more than 150 people.

Meanwhile, a Portland blogger started an online campaign supporting SB 442 and gathered more than 1,400 signatures in one week.

Here is the rest of Spence’s statement regarding Steiner Hayward’s decision to back off SB 442:

“She strongly believes that making personal choices such as whether or not to vaccinate children are largely a matter of privacy, but – as with all matters of personal choice – we have to be certain that our choices don’t impinge on our neighbors’ health and well-being. She remains concerned about working to increase protections to people living with cancer, auto-immune disorders, and those who are simply too young to receive vaccines. She will continue to work hard to pursue legislation positively impacting all Oregonians, especially children.”

This story will be updated as more information becomes available.