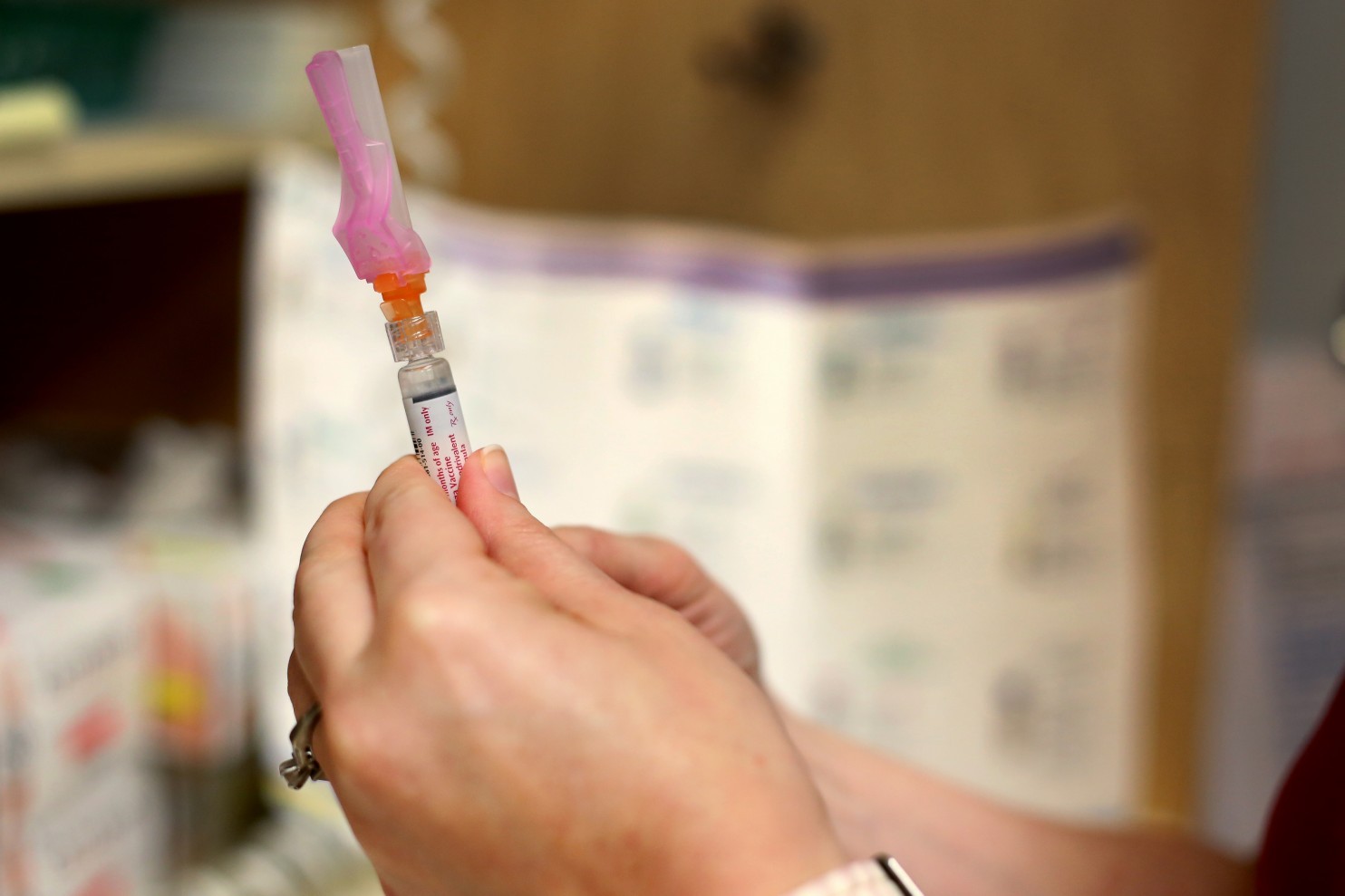 Preliminary data show the rate of children who had been opted out of required school shots for nonmedical reasons has declined slightly, indicating that the recent education requirements passed in 2013 might be working.

It’s the first time that nonmedical exemption rates have declined in 15 years.

Sen. Elizabeth Steiner Hayward, D-Beaverton, reported the news to the Senate education committee on Thursday during a work session on her second school immunization bill. She said the nonmedical exemption rates in the current school year is down by 2 percentage points.

Before the data were in, she wanted to do away with one of the education options passed in 2013, the online video modules produced by the Oregon Health Authority. Her concern was that the videos would not be effective in informing parents of the risks and benefits of immunizations and the diseases they protect against.

She said Thursday that in light of the new information, the videos should remain an option for parents who want to claim a nonmedical exemption.

Another part of the bill concerned schools’ reporting of nonmedical exemption rates. Steiner Hayward now is proposing to expand that requirement to a breakdown of the immunization rates by disease. The state counts children who aren’t up to date on one or more vaccines in its nonmedical exemption figures.

In addition, in order to keep schools from incurring more expenses, Steiner Hayward said schools would be permitted to use any existing communication tool to report the immunization statistics. They could send the data out with a regular newsletter or a back-to-school communication, for example.

Steiner Hayward added that her proposal is “simply about education and transparency, and nothing else.”

Sen. Tim Knopp, R-Bend, questioned the validity of requiring schools to report immunization rates of children, while leaving the immunization status of adults in the schools unknown. He also questioned whether the data, which are mainly for families who have immunocompromised family members or babies who are too young to be fully vaccinated, are effective when there are other communicable diseases for which there are no vaccines.

Steiner Hayward responded that while parents don’t expect their child to be protected for diseases that are not vaccine-preventable, they do have a reasonable expectation that their child would be protected against disease for which vaccines are required by the state to attend school. In addition, she said that it’s illegal to mandate adults to be vaccinated as a condition of employment and that she wasn’t sure what kind of data were available on immunization rates of adults in schools.

The bill will be on the agenda of Friday’s committee meeting, said the committee chairman, Sen. Arnie Roblan, D-Coos Bay.

Steiner Hayward participated in a Thursday night forum about vaccines. The event was sponsored by the Statesman Journal and the Willamette University College of Law.