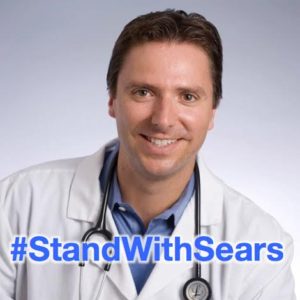 Oregonians for Medical Freedom, a coalition of Oregon voters championing medical freedom and parental rights that helped defeat a similar Oregon bill to California’s SB 277, announced today that it is deeply troubled by the accusation of the Medical Board of California that Bob Sears, M.D., committed “gross negligence” by granting a medical vaccine exemption to a toddler whose renal and digestive systems went into failure after his two-month vaccinations and who went limp for 24 hours after his three-month shots.

“Dr. Sears, by granting a medical exemption, may very well have saved a young child’s life while causing no harm to the public,” said Dr. Paul Thomas, M.D., a pediatrician who has over 13,000 children in his private practice in Portland, Oregon, Committee Chair of OFMF, co-author of the best-selling book, The Vaccine-Friendly Plan, and an outspoken champion of children’s health and informed consent. “As many remember during the SB 277 proceedings, Californians were publicly and repeatedly reassured by Senator Richard Pan, M.D. that doctors would not be under inappropriate scrutiny for providing medical exemptions from vaccines for at-risk patients. How much more at-risk can a child be than one who has suffered multiple adverse vaccine reactions?”

Oregonians for Medical Freedom, on behalf of parents everywhere who believe that all medical procedures should remain a choice made between an informed and consenting parent and their doctor, declare Monday, September 12th, #StandWithSears Day. They are asking the Medical Board to close the case against Dr. Sears and respect the sanctity of the doctor-patient relationship.

“We remain deeply troubled by the passage of SB 277 in California and encourage all California parents to fight for the return of their medical freedom,” said Committee Director, Robert Snee, a Portland-based attorney.

The accusation by the Medical Board comes on the heels of a recent violation by the Santa Barbara County Public Health Department, led by Health Officer Charity Dean who through a leaked internal memo sent a requirement to all Santa Barbara schools to submit any student medical exemptions on file—without informed patient consent—for “comprehensive review” by “immunization program staff” for their new “Medical Exemption Pilot Program,” using public taxpayer funds. Since the circulation of the memo went public, Dean and the pilot program have come under scrutiny, and she, along with SB County Public Health Director Dr. Takashi Wada were named as defendants in an amended complaint in the lawsuit against SB 277, filed in the U.S. District Court in San Diego.

Lawyers fighting SB 277 had also discovered that the California Public Health Department has been actively coordinating with several regional health departments throughout CA to examine licenses of doctors who write medical exemptions for children, with a private teleconference invitation that included Jennifer Simoes from the Medical Board of California that “shows collusion among Defendants to undermine the Legislature’s broadening of medical exemptions.”

To learn more about OFMF visit, https://www.oregoniansformedicalfreedom.com. To schedule an interview with a Committee Chair or Executive Director of OFMF, contact Stacy Cayce, at (503) 406-2882, or email [email protected].