A Glimpse Into The Mindset of The True Believers! 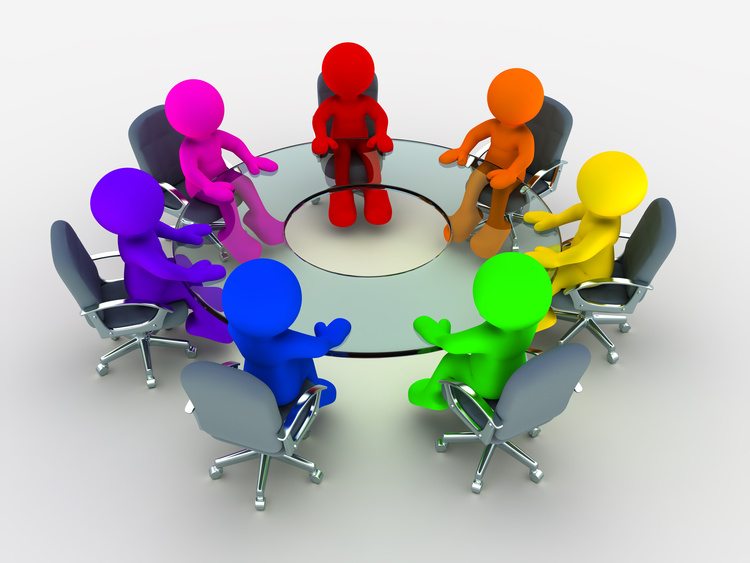 I had the opportunity last month, along with four other members of OFMF, to attend a Roundtable for Stakeholders “to discuss issues relating to achieving higher HPV vaccination rates in Oregon.”  I even received an email stating “We are excited that you will be joining us on October 20th to launch a plan to improve HPV vaccination rates to prevent HPV-related cancers.”  I truly wasn’t there because I believe we need to increase the HPV vaccination rate in Oregon, but because I wanted to know why the “stakeholders” attending believe that we do.  This event was sponsored jointly by the American Cancer Society and the Oregon Health Authority’s, Oregon Immunization Program (and I’m quite sure, by Merck–maker of the market-leader for HPV vaccines, Gardasil)

First, you should know who the “stakeholders” are that are trying to devise a plan, in their own words, “to capture” more of the population who aren’t receiving the HPV vaccine. A follow up email kindly included a list of the “71 attendees from many diverse professional backgrounds including clinics, pharmacies, state and local public health, and many others.”  Twenty-seven, or 38% of the attendees were employees of the OHA. Another seventeen attendees were affiliated with hospitals and over half of those were connected to OHSU. Six people were from the American Cancer Society, four from Oregonians For Medical Freedom, two county health departments, two representing Indian health agencies, and among the others there was a representative of a network of rural clinics, one from the Oregon Pediatric Society, one from Planned Parenthood, one from the Oregon Association of Naturopaths, and of course, a Merck representative.

To best summarize the experience of spending a day with the stakeholders intent on getting more of our children vaccinated with HPV, would be to compare the Roundtable to a cross between a sales meeting and an evangelical tent revival meeting.  Robert Mendelsohn, MD, wrote about “medicine as religion” in his 1979 book, Confessions of a Medical Heretic. What I witnessed and observed spending time with the public health officials and medical people concerned with increasing HPV vaccinate rates, only confirmed to me that Mendelsohn was correct. The people who shape our public health policies are acting out of faith, believing without seeing, in the “safe and effective” HPV vaccine to rid the world of the evils of cancer.

The day began with the members of the sales force and flock learning about the evil dangers of HPV, and how “HPV prevention is cancer prevention.”  We also learned that most people are infected by at least one of the hundred types of HPV in their lifetime. So the stakeholders aren’t left powerless to allow those parents and teens expressing concerns about the safety of the vaccine or its necessity, several concrete examples of “what to say” to overcome objections were provided.  Other speakers talked about specific types of head and neck cancer, that may or may not be related to HPV, in addition to the cervical cancer the vaccine has been marketed to allegedly prevent.  Another spoke of how pharmacies can be used to increase HPV vaccination, and an informative presentation about the Oregon ALERT IIS, the database which, as stated on the OHA website, “is a statewide immunization registry developed to achieve complete and timely immunization of all Oregonians throughout their lives.”  (Did you notice the database is not just concerned with the vaccine status of school aged children?  Are they getting everything in place to track mandatory adult vaccines?)

Throughout the morning presentations, the phrase “safe and effective” was used several times.  Based on the lack of any information or any discussion beyond that, the stakeholders clearly accepted this tenet of faith from the ministers of the Church of Pharma. As Brett Wilcox argues in his recent book, Jabbed; How the Vaccine Industry, Medical Establishment and Government Stick it to You and Your Family, “The creed is an essential part of the vaccine paradigm because, unlike other pharmaceuticals, vaccines are administered to healthy individuals.”  After all, would you inject your healthy child with a vaccine if you knew in fact that the average age a woman is diagnosed with cervical cancer is 49, and as stated on the vaccine package insert, “The duration of immunity following a complete schedule of immunization with Gardasil has not been established.”  How do they know it will protect a 12-year-old by the time she reaches the age of 49?   Would you give your child the HPV vaccine if you knew that as of May of this year, 245 deaths and 1,289 people suffering disability have been reported to VAERS in connection with the HPV vaccine?

After a break for lunch, the schedule called for a half hour presentation by Senator Elizabeth Steiner Hayward, entitled, “Opportunities for Public Policy Around HPV Vaccination.” Her bio statement for the roundtable emphasized how she has “worked on programs and policy to increase immunization rates in Oregon.” The Senator only spoke for 15 minutes or so, and because campaigning for her colleagues was more important, (she isn’t up for reelection this year), she left and wouldn’t stick around to take any questions.  The Senator’s presentation felt as if we were getting a sermon from Oregon’s high priestess of the Church of Pharma.  Although the Senator has previously stated publicly that she does not intend to introduce any vaccine related legislation in the upcoming session, she did state that she wished the HPV vaccine was included in the list of vaccines necessary to attend school.

The heart of the Senator’s sermon was focusing on the need to distinguish between “valid information” and “invalid information.”  Like any good sermon, it was complete with a parable.  Dr. Paul Thomas, my co-director of OFMF who also attended, thought it was “the most inappropriate parable” for the message of the day. She told the parable of the town gossip, a man who became persona non-grata among the people of his village. He went to a village elder and asked how he could restore his standing in the community so that he was no longer shunned. The elder told him to take his best feather pillow and accompany him to the top of the highest hill in the village. Once there, and it was a windy day, the elder instructed the gossip to take his knife and open the pillow. Reluctantly, but earnestly wanting to rehabilitate his reputation, the gossip followed instructions and the wind scattered the feathers to every corner of the village and beyond.  The elder then instructed the gossip to go and retrieve all the feathers.

The message was clear for those with ears to hear.  Don’t let the report of “one adverse event” be like the scattered feathers of the pillow! After all, for the true believers relying on faith is more important than facts. What the FDA stated openly in 1984 as our government policy regarding the live polio vaccine, is de facto government policy for every vaccine today, including the HPV vaccine.   “Any possible doubts, whether or not well founded, about the safety of the vaccine cannot be allowed to exist in view of the need to assure that the vaccine will continue to be used to the maximum extent consistent with the nation’s public health objectives.” (Federal Register Vol. 49, No. 107  Friday, June 1, 1984. Rules and Regulations)

For the stakeholders, “capturing” more of the unvaccinated is consistent with their public health objectives.  Questioning the safety of the vaccine, even if well founded, cannot be and is not allowed to exist because it is heresy!  At part of the strategic plan being developed from the comments from the stakeholders, rest assured that their plan will include efforts to “dispel the myths” of vaccine risks.

I fear we truly are up against a cult that should be known as the Church of Pharma, and like extracting members from other cults, serious efforts at deprogramming the members of the cult, are going to have to be made.