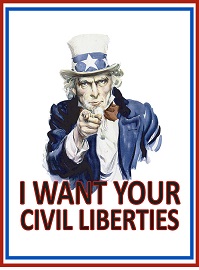 It shouldn’t be this way, but every time you turn around, our civil liberty and one of the most fundamental human rights, universally recognized throughout the world, is in danger of being stripped away here in America, the so-called “Land of the Free.” The bedrock of ethical medical intervention, including preventative measures, is the prior informed consent of the individual.   Right after World War II, the entire world watched the Nuremberg trials of German war criminals, which gave birth to the Nuremburg Code.  Part of that code states, “The voluntary consent of the human subject is essential.”
International law has continued to develop over the years including the adoption of the UNESCO Universal Bioethics Declaration, which provides: “Article 6 – Consent –1. Any preventive, diagnostic and therapeutic medical intervention is only to be carried out with the prior, free and informed consent of the person concerned, based on adequate information.”  And yet, from state legislators in California, Washington and Oregon two years ago, currently Arkansas in the coming legislative session, and just now in the lame duck session in the halls of Congress in Washington, direct attacks to eliminate this basic human right are continually bearing down upon us.

Last month, the Oregon Medical Association announced that at its Board of Trustee’s meeting held in October, the Trustees voted to adopt as OMA policy, their support for the removal of the non-medical exemption for childhood immunizations from Oregon law. In reality, only about one-third of the licensed doctors in Oregon belong to the organization which is essentially a trade association, more interested in supporting doctors and their interests that are aligned with the pharmaceutical industry.
Let’s face it, the vast overwhelming majority of Oregonians and Americans DON’T exercise their right to claim either a religious or nonmedical exemption on behalf of their child for vaccinations required for school attendance.  The vast majority or Oregonians unwittingly acquiesce and subject their children to practically all the vaccines their doctor recommends and the Oregon Health Authority has placed on the required list for school attendance, without questioning the mantra of “safe and effective.”

Even though Oregonians overwhelmingly comply with public health vaccine requirements and there have not been any serious outbreaks or epidemics of any of the vaccine targeted diseases, the OMA has taken a policy position that denies the ultimate human right and most fundamental or central issue of freedom, the right to control what is taken out of, or, put into our bodies.  In essence, the OMA has placed the profits from vaccines as more important than your most basic human right.
At the federal level, Congress passed and President Obama has just signed the 21st Century Cures Act, which further erodes the right to informed consent.  This lame duck legislation which passed overwhelmingly in both houses (Senators Wyden and Merkley were 2 of the 5 No votes in the Senate; all Oregon Representatives voted Yes).  This new law allows clinical trials of new drugs without obtaining informed consent!!

This new law requires “that experts using such drugs for investigational purposes certify to the manufacturer or sponsor that they will inform any human beings to whom such drugs, or any controls used in connection therewith, are being administered, or their representatives, that such drugs are being used for investigational purposes and will obtain the consent of such human beings . . . except where. .  . the proposed clinical testing poses no more than minimal risk to such human beings and includes appropriate safeguards as prescribed to protect the rights, safety, and welfare of such human beings.”  Who decides what “minimal risk” is?   Who decides what “appropriate safeguards” are?

Here are two things to consider to protect your rights to informed consent.  First, until this law is challenged and overturned, if ever, when you find yourself at a doctor’s office, clinic, urgent care center, emergency room or hospital and are presented with a consent to treatment form, modify it by adding the following language, “I DO NOT CONSENT TO THE USE OR ADMINISTRATION OF ANY INVESTIGATIONAL DRUG WITHOUT PROVIDING YOU EXPRESS INFORMED CONSENT PRIOR TO THEIR USE, EVEN IF SUCH INFORMED CONSENT IS NOT REQUIRED BY LAW.”

Secondly, share this information with friends, family, and neighbors.  Tell people about Oregonians for Medical Freedom and have them sign up for our newsletter.  We need to grow our numbers so that not only can our unified voice can be heard more effectively, but so that the majority of Oregonians are aware of and become concerned with the denial of their rights.